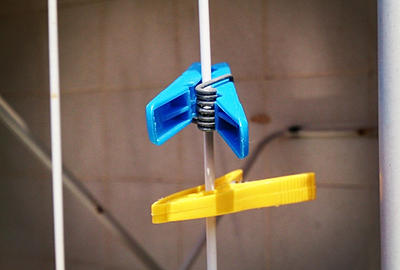 Call for Papers: An ECREA Gender and Communication Symposium

Popular media culture has been a key site to explore gender and sexual diversity. Gender and media scholars from diverse disciplines have turned to film, television and other popular culture products to reflect on how society deals with sociocultural and political-economic inequalities related to gender and sexual identities. On the one hand, scholars have been keen to point out the resistant and/or emancipatory potential of popular media to criticize patriarchal and heteronormative representations of women and LGBTs. Yet, at the same time, studies have shown a significant underrepresentation of women in specific cultural and media industries (e.g., game industries, hard news press) and a stubborn reiteration of hegemonic gender discourses in production processes and in media texts.

To this day, these opposed discourses and situations inform how gender and sexual identity are dealt with in popular media culture. This symposium is particularly interested in what these contradictory dynamics mean to visibility of gender and sexual identities at the level of production, content and reception. How does a traditionalist gender-normative work environment affect representations of gender and sexual identity? Is mere visibility in mainstream media culture preferable to non-representation? How do male audiences and/or female audiences deal with new masculinities and/or femininities on the screen? This symposium wants to look at these questions regarding the politics of visibility from an intersectional approach, emphasizing that gender and sexuality should be understood in relation to other identity axes as class, age, race or ethnicity.

Regarding the context, this symposium is interested in the negotiation of gender and sexual diversity in European popular media culture. Without diminishing the importance of studies on American popular media culture, the need remains to enrich the field with studies that inquire these issues in specific European contexts. Since the negotiation of gender and sexual diversity is strongly dependent on the socio-cultural, political-economic and legal context in which it is produced and/or consumed, this symposium wants to invite work that takes particular European contexts into account.

To encourage debate and fortify coherence, all presenters will be able to attend all panels. Instead of parallel sessions, the conference program will consist of plenary panel sessions and keynote presentations. We kindly invite paper proposals that aim to map and understand these contradictory dynamics that go together with issues of visibility of gender and sexual identity. Topics in relation to the theme may include (but are not limited to):

All proposals should be submitted in English. Please submit an abstract of 400-500 words with a brief biographical note.

Richard Dyer is Professor of Film Studies at King’s College London and Professorial Fellow in Film Studies at the University of St Andrews. Dyer’s work has consistently dealt with understanding the relation between entertainment and representation, with a keen interest in issues concerning race, gender, and sexuality.