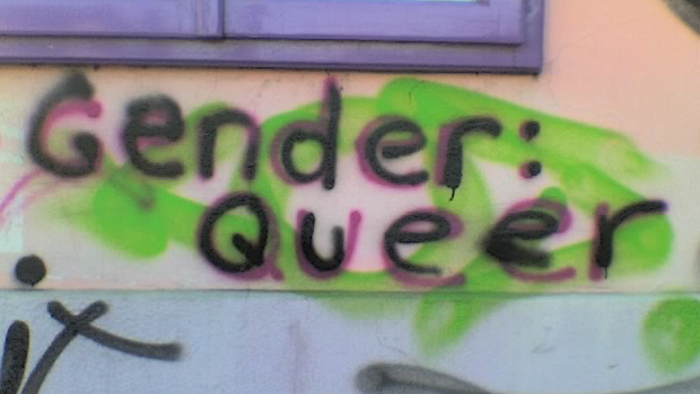 University of Vienna, Department for English and American Studies

The Queering Paradigms network is dedicated to examining the current state and future challenges of queer studies from a broad trans-disciplinary and polythetic perspective, and by interrogating numerous social, political, cultural and academic agendas.

Lately, much activist work, in the global North/West and beyond, has been done under the banner of Queer Solidarity. Much of this solidarity targets human rights violations, homo- and trans*phobia in regions, far away from the north/western metropolitan areas where street protests fight the ‘antihomosexual propaganda law’ in Russia, the re-criminalization of same-sex relationships in India or against homophobic violence in Uganda.

Solidarity was and is a key concept in anticapitalist, Marxist, socialist, workers movements and materialist critique as well as in movements critically questioning globalization. Today, queer solidarity movements seem to have lost these roots within the class struggle and seem less concerned with neoliberal development, globalization, labor conditions (including sexualized and gendered labor), the continuation of colonial exploitation etc. With our conference we want to take a closer look at the current performances of queer solidarity, especially towards the post-soviet context.

Further, we ask about the appropriate concepts to question phenomena such as north/western hegemonies, post-soviet subalternity as well as Russian coloniality or imperialism etc.

With Fucking Solidarity we strongly built on and include the critique of post-soviet queer activists and artists. Speaking from and in solidarity with the post-soviet perspective, we want or need to queer the actors of queer solidarity, blurring the lines between the ‘recipients’ and ‘agents’, the ‘giving’ and ‘taking’. As queer post-soviet migrants within North/Western Europe, many of us are both, those who receive as well as those who give solidarity.

With our conference ‘Fucking Solidarity’, we ask for the possibilities, gains and limits of (our) queer solidarity. We want to ‘fuck’ with the idea, the theories, the practices and the art of solidarity, from different angles, different spaces, from and with different groups. Investigating into the erotics of queer solidarity, their drives, and desires behind it we reflect on hegemonies and the possibility for anti-hierarchical or empowerment. We are interested in the possibilities of queering existing concepts and practices of solidarity, especially those solidarity approaches towards the post-soviet/post-socialist and postcolonial spaces and their respective inhabitants.

As it is tradition in the Queering Paradigms series, a part of the conference is reserved for contributions that cover a broad spectrum of queer topics, beyond the focus on queer solidarity and post-soviet perspectives.

Conference languages are Russian and English.

As organizers we try our best to provide an accessible space, and ask our presenters to make their presentations as easy accessible as possible. All conference venues will be wheelchair-accessible.

All conference food will be vegan, and preferably fair-trade.

Invited are all activists, artists, workers, independent researchers as well as academics from all levels of their career, who are interested in the topic of queer solidarity.

Please send us a 350 word abstract with a topic, main ideas and format of your input as well as a 150 word short-biography. Deadline for Proposals is 15 March 2017. Please send your abstract to: qp8@univie.ac.at

For more information go to our homepage http://qp8.univie.ac.at