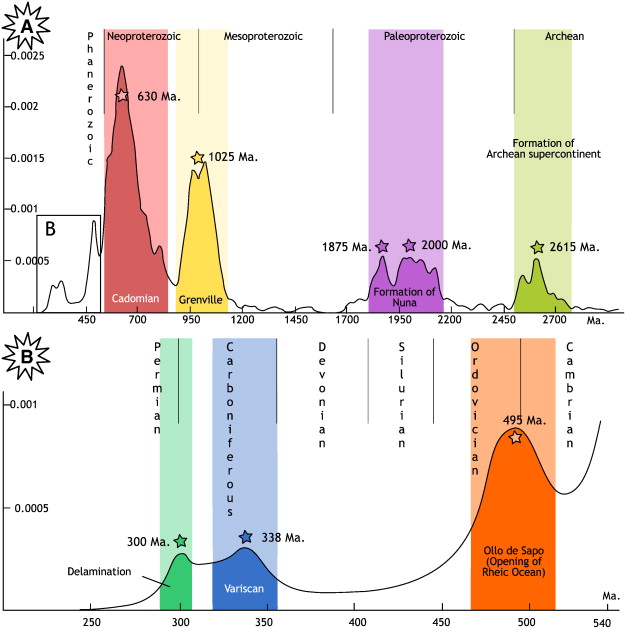 The Cantabrian Zone of NW Iberia preserves a voluminous, almost continuous, sedimentary sequence that ranges from Neoproterozoic to Early Permian in age. Its tectonic setting is controversial and recent hypotheses include (i) passive margin deposition along the northern margin of Gondwana or (ii) an active continental margin or (iii) a drifting ribbon continent. In this paper we present detrital zircon U–Pb laser ablation age data from 13 samples taken in detrital rocks from the Cantabrian Zone sequence ranging from Early Silurian to Early Permian in depositional age. The obtained results, together with previously published detrital zircon ages from Ediacaran–Ordovician strata, allow a comprehensive analysis of changing provenance through time. Collectively, these data indicate that this portion of Iberia was part of the passive margin of Gondwana at least from Ordovician to Late Devonian times. Zircon populations in all samples show strong similarities with the Sahara Craton and with zircons found in Libya, suggesting that NW Iberia occupied a paleoposition close to those regions of present-day northern Africa during this time interval. Changes in provenance in the Late Devonian are attributed to the onset of the collision between Gondwana and Laurussia.

Additionally, the Middle Carboniferous to Permian samples record populations consistent with the recycling of older sedimentary sequences and exhumation of the igneous rocks formed before and during the Variscan orogeny. Late-Devonian to Permian samples yield zircon populations that reflect topographic changes produced during the Variscan orogeny and development of the lithospheric scale oroclinal buckling. 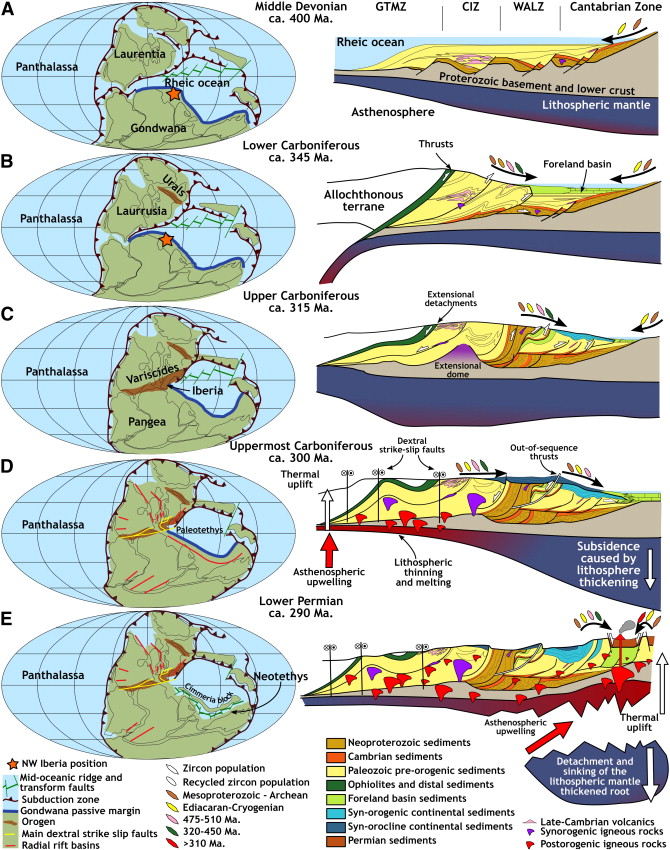