If reconstruction of major events in ancient orogenic belts is achieved in sufficient detail, the tectonic evolution of these belts can offer valuable information to widen our perspective of processes currently at work in modern orogens. Here, we illustrate this possibility taking the western European Cadomian–Avalonian belt as an example. This research is based mainly on the study and interpretation of U–Pb ages of more than 300 detrital zircons from Neoproterozoic and EarlyPaleozoic sedimentary rocks from Iberia and Brittany. Analyses have been performed using the laser ablation–ICP–MS technique. The U–Pb data record contrasting detrital zircon age spectra for various terranes of western Europe. The differences provide information on the processes involved in the genesis of the western European Precambrian terranes along the northernmargin of Neoproterozoic Gondwana during arc construction and subduction, and their dispersal and re-amalgamation along the margin to form the Avalonia and Armorica microcontinents. The U–Pb ages reported here also support the alleged change from subduction to transform activity that led to the final break-up of the margin, the birth of the Rheic Ocean and the drift of Avalonia. We contend that the activenorthernmargin of Gondwana evolved through several stages that match the different types of activemargins recognised in modern settings. 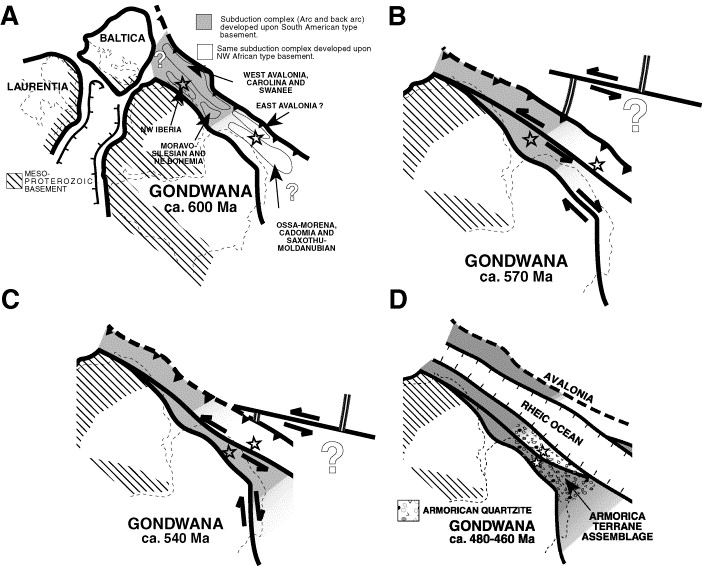