How to identify the Model of a wireless Router in Linux

By pmgallardo on 28 December 2020 in Cybersecurity, GNU/Linux, IT, IT Security, Networks, Operating Systems, Ubuntu

This post explains how can we identify the model of a wireless router using Linux.

Check this post about how to put a wireless adapter in monitor mode in Linux.

This step includes identifying the ID of the wireless you are going to put in monitor mode. We need this reference for further steps on this post, so ensure you write it down. Example: wlan0.

2. Identify the BSSID of the network whose router model you want to identify

Open a terminal and run this command:

You must substitute the hash symbol in wlan# by the ID of wireless device in monitor mode you have set in the previous step.

After this command is executed, the terminal screen will be updated with a table where each row is a wireless access point nearby your computer. 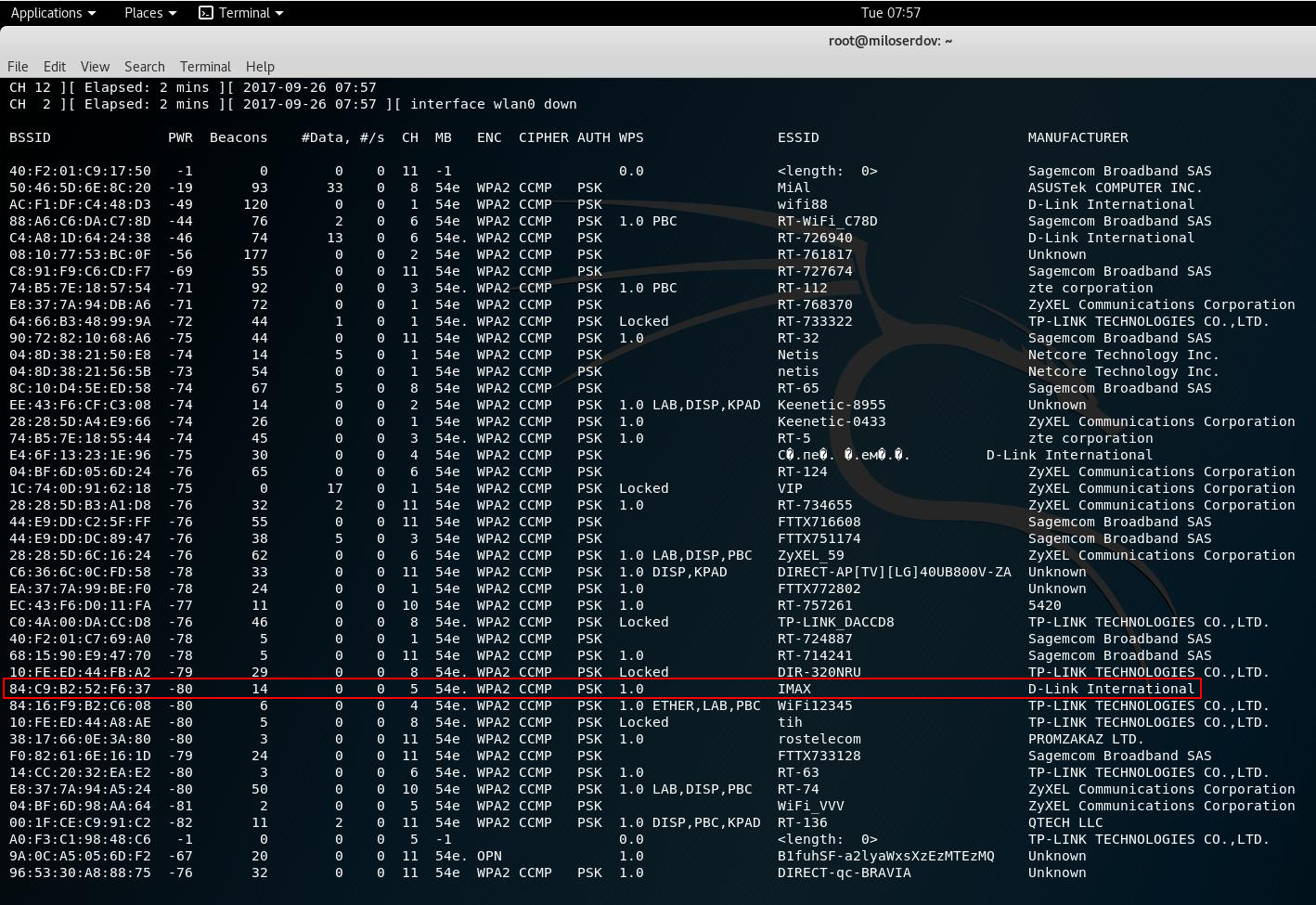 The meaning of the columns displayed is the following:

The AP’s on the top are the ones closest to you.

Note down the values on the row of the AP whose router model you want to identify.

3. Switch channel to the one used by target

Use this command to switch the channel:

Remember you must substitute:

Open Wireshark. You can double click on the Wireshark application icon or by typing this command on the terminal:

If you have not installed Wireshark, you can install it from the Ubuntu Software Center or by typing this command on the terminal:

Once Wireshark is open, select the interface on main screen; again, it would by the ID of the wireless device you have set in monitor mode. Example: wlan0.

At this point, you may received a warning stating that “The capture session could not be initiated on interface ‘wlan#’ (You don’t have permission to capture on that device).”. If this is the case, follow the instructions to avoid this error. 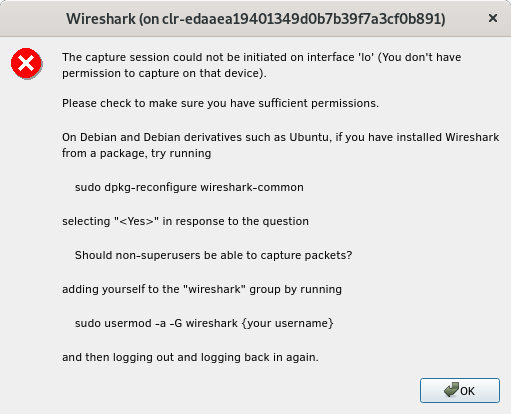 In my case (as I was using Ubuntu), it was solved by typing:

After doing this, I stop seeing the interfaces when opening Wireshark. I solved it by executing Wireshark as root:

Once you have selected the interface and it is confirmed that capture session can be initiated, packets will start to be captured automatically.

You can start by filtering the packets specific to the target network:

Remember to substitute <ESSID> by the ESSID found in the second step. Example: TP-LINK_ABCD

On each packets, there are usually Vendor Specific tags. Check them to try to get information about the router.

Not all routers provide this information, so you may find no results.

Inside the found frames, look for “Tag: Vendor Specific: Microsof: WPS”. In the fields “Model Name”, “Model Number” and “Device Name” you will notice information about model of the AP. 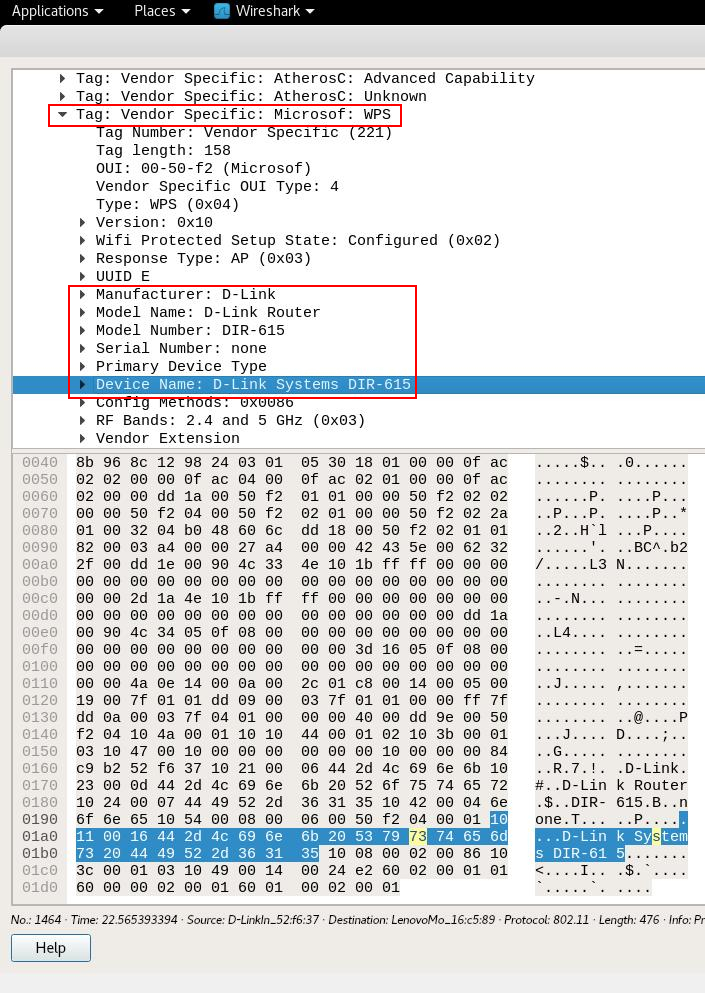 I found that some of the results found display fake data. For example, some broadcom routers display fake values like the ones display below:

In any case, there is nothing to lose by checking with this method if there is any relevant information about the packet.