How to modify Java Compiler Version

By pmgallardo on 12 October 2020 in Development, IT, Java

Why would I need to change the Java compiler version?

We may tend to think that we should always use the latest version of the Java compiler.

However, if the compiler version is newer than the virtual machine version, system will trigger an error when trying to run. So we may want to modify Java compiler version be because of compatibility.

In my case, I have installed the latest JDK in a MacOS X computer and the latest JRE in other different Windows. To my surprise, there were version incompatibilities even when both were in the latest versions.

This was the error when double-clicking the JAR file:

Error: A JNI error has occurred, please check your installation and try again

When I ran the same JAR file using Windows Command Prompt, I got this error:

When I am making a software, I expect that it is compatible on most computers without configuration changes. I consider more logical to modify my compiler version (even when it implies not using the latest version) rather than expecting all users to update their JRE’s and modify their configuration just to make run my application.

I had the clue that most computers were expecting class file version 52.0, but I was unsure what was the corresponding JDK version I had to use on my compiler. I had to make trial and error until I found the correspondence below.

Modify compiler version for a project on NetBeans

You ccan modify the compiler version for a single project on NetBeans.

Right-click on project, go to Properties.

Go to “Sources”, then “Sources/Binary Format” and choose the corresponding JDK version (I had to). 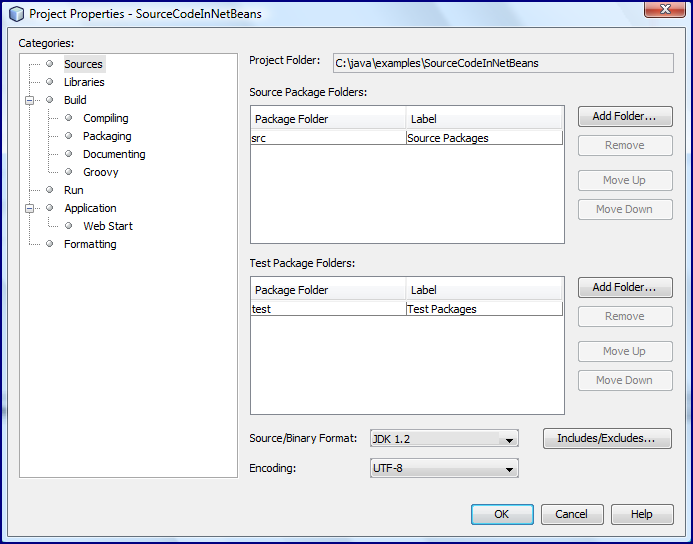