According to its privacy, there are different types of network segments:

The internet is publicly available for any user.

An intranet hosts information privately only for users within an organization. The services are placed on internal servers.

An extranet is a cross between the internet and an intranet. It acts as an intranet for the private network but also serves information to outsider or external entities. In some cases, it restricts the information to some specific users.

There are these main firewall architectures:

They are explained in further detail below.

The packet filtering router has a set of rules configured that allow inboud traffic to access only the bastion host, which blocks access to internal system.

In this case, the inside hosts reside on the same network as the bastion host. Depending on security configuration and policy, hosts may access internet directly or use proxy services on the bastion host.

An intruder has to penetrate two separate systems before the securitoy of the private network can be compromised.

The firewall has two or more network interfaces, each of which is connected to a different network. It blocks or filters the traffic between these networks.

Dual-homed firewall is a restrictive form of a screened-host firewall.

A screened subnet is a special-purpose extranet.

The screened subnet architecture can be designed:

A multi-homed firewall has three interfaces, one pointing the internet, the second a screened subnet and a third the intranet.

This figure shows a network using a single firewall: 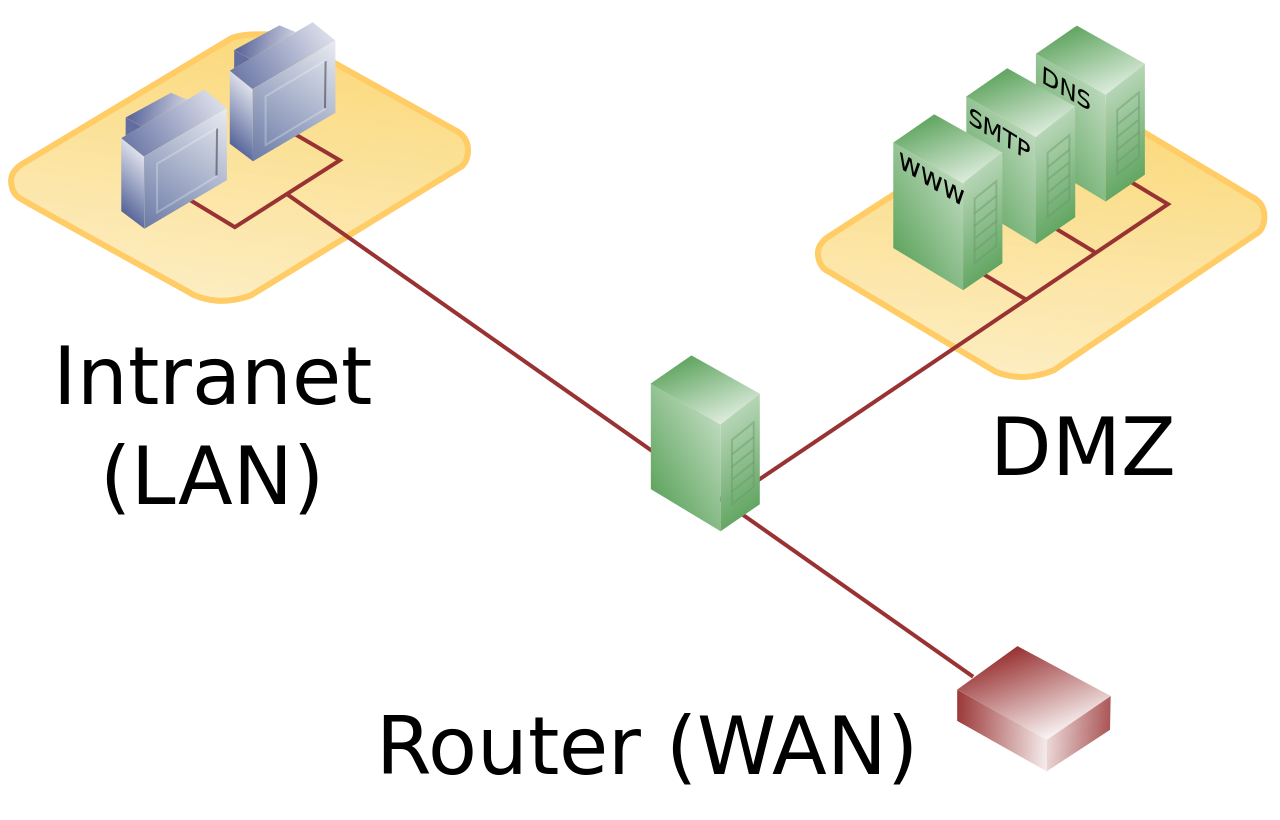 External systems can access only the bastion host (and its proxying capacities to internal systems) and possibly information servers in the screened subnet.

Where to place a Server

Servers are place in a different zone depending to whom they are providing services:

A Demilitarized Zone (DMZ) is an isolated network used to permit outsiders to access certain corporate information in a semi-trusted environment. The DMZ may host a web server or other external facing services. Traffic to a DMZ is not usually encrypted unless it is terminating on a VPN located in the DMZ.

When placing an intrusion detection system (IDS) inside this structure, the best place to set it is on the screened subnet, i.e. DMZ, perimeter network. Some comments regarding placing the IDS in alternative parts of the network:

Traffic must be decrypted prior to being processed by the IPS to allow it to view. The encryption should be terminated at a hardware Secure Sockets Layer (SSL) accelerator or virtual private network (VPN) server to allow all traffic to be monitored.

When connecting through a VPN to the network, VPN tunnels should terminate into a screened subnet that let users have minimum access. Some comments regarding the alternative methods of terminating VPN in a screened subnet: