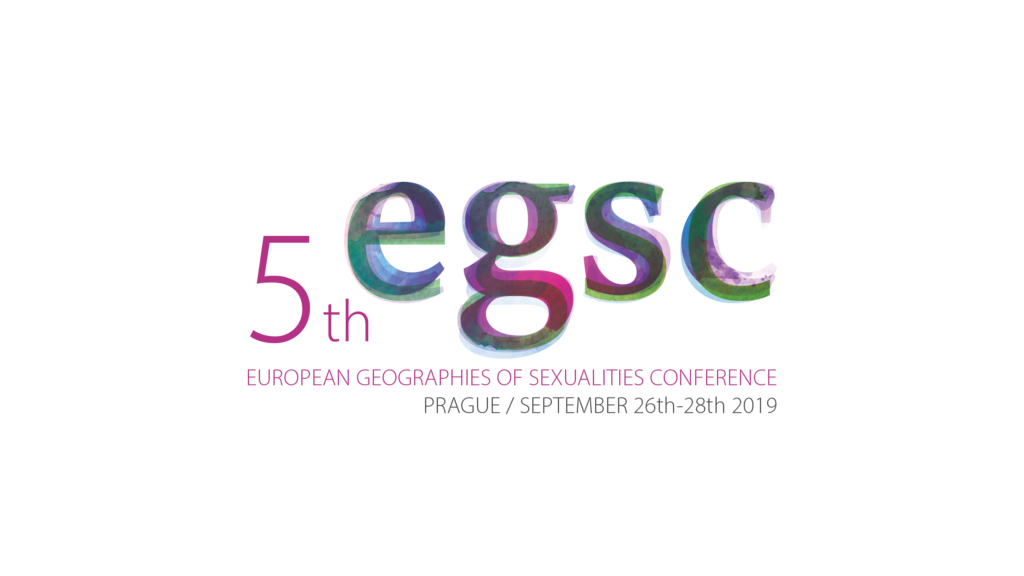 Based on collective agreement by members of the international scientific committee in Barcelona, the fifth conference is going to be organized in Prague where our aim is to continue with the dynamic, diverse and international development of research that intersects not only with sexuality and gender but also with other axes of human difference. Our conference invites scholars, professionals, and activists who work across multiple scholarly disciplines or geographical contexts. We hope to create a respectful space for open debate and discussion.

Overcoming Hegemonies and Hierarchies: Towards a more Horizontal and Transnational Geographies of Sexualities

Call for Abstracts and Sessions (CfA and CfS)

Many authors now recognize existing Anglophone and Eurocentric epistemological hegemonies (Blažek & Rochovská, 2006; Brown & Browne, 2016, Kulpa & Silva, 2016) as well as racial, class and gender privilege in the production of knowledge (Taylor 2013; Johnston 2018). However, we have been less concrete in identifying actual barriers and stayed largely silent about the actual ways, tools and/or courageous visions by which it would be possible to overcome and/or deconstruct these barriers (Kulpa & Silva, 2016; Timár & G.Fekete, 2010; Tlostanova, 2014). Silencing subjects, ridiculing themes and studies, restricting access to resources, and perpetuating language fetishism are only a few examples of how these hierarchies are played out. Despite the acknowledgments, the hegemony of this knowledge production continues to have a substantial impact on the shape of (not only European) discourses and power relations within feminist, gender, sexuality and queer studies.If we narrow the broad field of geographies of sexualities to the Anglo-American academia, then we can say that it is established and represents a rich field of inquiry (Bell and Valentine 1995; Browne, Lim, and Brown 2007; Johnston and Longhurst 2008). We have also seen significant advancements of the sub-field in different contexts beyond Anglo-American academia (Sibalis 2004; BASSDA 2006; Ferreira and Salvador 2014; Silva and Vieira 2014). However, it is safe to say that the sexuality scholarship as such remains largely “Western-oriented”, both methodologically and discursively.Until today, only limited attention has been given to geographies of sexualities in “other”, or rather “othered” contexts and regions such as Central and Eastern Europe, Central Asia, and many more (Kulpa and Mizielinska 2011; Stella 2013; Navickaitė 2014; Szulc 2018). We need to ask ourselves why we are not interested in these contexts that may lay outside of (y)our “interest-zones”, “comfort-zones”, “language-proficiency-zones”, etc. Why do we not seek geographies of sexualities from different vantage points, empowering fellow scholars “elsewhere”? Disempowerment may be based upon various power-relations involving “old” discussions within academia regarding qualitative/quantitative, objective/subjective, essentialist/constructionist that perhaps aim to police disciplinary boundaries, hierarchize the proper from improper ways of doing geography (Browne & Nash 2018). When some scholars feel urged to seek and “police” what they believe to be proper and/or “true” subject matter of geography. Consequently, questions and discussions regarding disciplinarity of geography, in/appropriateness or out-of-placeness of geographies of sexualities as well as feminist and/or gender geographies should receive more attention. Those who did succeed with their “fight for recognition” are encouraged to share their stories and those who still do need to be empowered by others, regardless the various national or academic boundaries. Learning from each other and seeking new ways in which we can help each other may give birth to new types of collaborations and new types of solidarities. The “old” discussions are not the only obstacles that need to be resisted, we have also experienced the dawn of “new” barriers and “new” strategies by which feminist, queer or sexuality studies are resisted or even threatened. We can see this trend both from within and outside academia, from various academic hoax cases to the recent ban of gender studies, in Hungary, which all pose new challenges that lie in front of all of us.

This conference invites scholars from various and diverse parts of the world to participate including those that have so far felt excluded, disempowered, evened-out or simply ignored – let us come together and find strength and support in mutual learning and exchange!

Abstracts of papers and sessions on, but not restricted to, the following topics are invited for consideration:

To organize a session (CfS): Please see our call for sessions submission guidelines here and send your session proposals before March 1st, 2019.

General call (CfA): Please see our submission guidelines here and send your submission to the organizing committee before April 15th, 2019.

For more information regarding session/paper submission and more info about the conference (including organizers, registration, conference venue and other), please visit our conference websites: 2019.egsconference.com