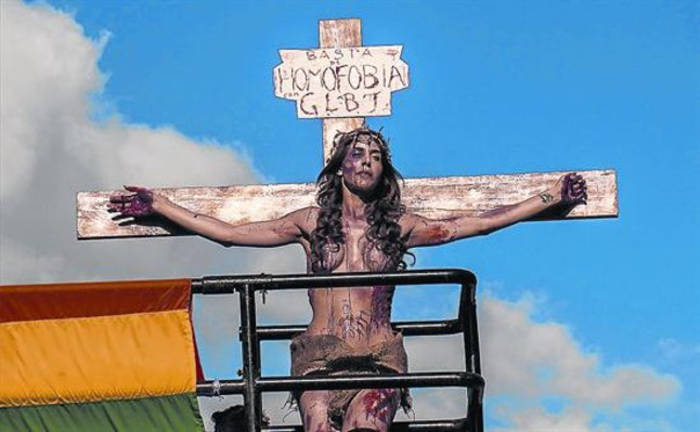 For this special issue of TSQ, we solicit work that critically interrogates the relationship between transgender and religion, broadly construed, as well as work that explicitly articulates the fields of transgender studies and religious studies with one another.

Trans* studies has been intertwined with religion and religious studies since its inception: some of the earliest work in transgender studies directly challenged models for understanding transgender experience derived from transphobic scholars of religion, while more recently religious studies has been a fruitful space for considering questions central to contemporary transgender scholarship: questions of materiality and immateriality, the categories of ethics and aesthetics, the constitution of the human, and processes of embodiment. Religion, as well as religious studies, can offer intellectual, conceptual and affective resources for a transgender critique of oppressive forms of power/knowledge invested in the medico-scientific worldview of secular Western modernity. And yet, the legacy of transphobia within various religious traditions and within religious studies as an interdisciplinary field subverts a deeper conversation between the religion and transgender. What assumptions, narratives, terms, and frames need to be challenged, what new categories and methodologies need to be explored, in order to fully occupy the nexus of trans*/religion?

In exploring these questions, we particularly welcome scholarship that focuses on transnational instantiations of the trans*/religion interface, scholarship that intervenes in and challenges currently dominant frames of reference in either/both trans studies and/or religious studies, scholarship that de-centers Christianity and/or U.S.-based expressions of both trans* and religion, or that features a sustained focus on trans women of color. Potential topics and questions might include:

In addition to full-length articles, we will consider for publication shorter essays, opinion pieces, first-person accounts, re-written rituals or sacred texts, poetry, art, or other work that fits the theme of trans*religion.  We encourage contributions from a wide range of authors including academics, independent researchers, dual-vocation practitioners, and activists. For example, we would welcome pieces by trans activists and religious leaders who elucidate their work within their religious traditions, trans academics who navigate working within religious educational institutions, and trans artists who wish to discuss the role of gender and religion in their art.

The deadline for submissions is July 1st 2018. The expected length for scholarly articles is 5000 to 7000 words and 1000 to 2000 words for shorter works. All manuscripts should be prepared for anonymous peer review with scholarly citations in Chicago author-date citation style. Any questions should be addressed by e-mail to both guest editors for the issue: Max Strassfeld (mstrassfeld@email.arizona.edu) and Robyn Henderson-Espinoza (robyn.henderson-espinoza@vanderbilt.edu). We plan to respond to submissions by August 2018. Final revisions will be due by November 26,  2018. TSQ accepts submissions without regard to academic affiliation or rank; artists, activists, and graduate students are also welcome to submit materials for consideration.

To submit a manuscript, please visit http://www.editorialmanager.com/tsq. Please note that TSQ does not accept simultaneous submissions. Manuscripts proposed for this issue cannot be submitted elsewhere until editorial decisions are sent out in June 2018. If this is your first time using Editorial Manager, please register first, then proceed with submitting your manuscript. You may address any technical or formatting queries to tsqjournal@gmail.com. All manuscripts should be double-spaced, including quotations and endnotes, and blinded throughout. Please include an abstract (150 words or less), keywords (3-5 for indexing), and a brief author’s biographical note (50 words or less) at the time of initial submission. See http://www.dukeupress.edu/Assets/Downloads/TSQ_sg.pdf for a detailed style guide.

TSQ: Transgender Studies Quarterly is co-edited by Paisley Currah and Susan Stryker, and published by Duke University Press, with editorial offices at the University of Arizona’s Institute for LGBT Studies. TSQ aims to be the journal of record for the interdisciplinary field of transgender studies and to promote the widest possible range of perspectives on transgender phenomena broadly defined. Most issues of TSQ are themed special issues, with one open call issue each year; all issues contain regularly recurring features such as reviews, interviews, and opinion pieces. To learn more about the journal and see calls for papers for other issues, visit https://lgbt.arizona.edu/transgender-studies-quarterly. For information about subscriptions, visit https://www.dukeupress.edu/tsq-transgender-studies-quarterly.